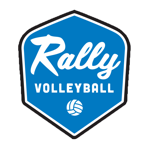 What is “Club Volleyball”?
“Club volleyball" is a term used to describe a competitive level of travel volleyball.  There are two main governing organizations for club volleyball: Junior Olympic Volleyball (JOs) which is organized under the USA Volleyball umbrella and the AAU Junior National Volleyball Program.
NASA plays predominately in AAU/JVA events throughout the Southeast. The club volleyball season starts with tryouts in late October or early November.  Teams usually begin practices in December or early January. NASA teams play in tournaments on weekends starting in January each year. Teams practice during the week and often one day on weekends. The season ending date is determined by the level of the team; ranging from April to June.
What is the Mission of NASA?
The purpose of the North Alabama Spiker’s Association (NASA) Volleyball Club is to promote volleyball in the Huntsville and Birmingham areas, prepare our players for the next level of competition, and eventually to attract college recruiters.  NASA will strive to develop, through intense training, the skills both physical and mental to compete in volleyball at the collegiate level.  The Club will provide a positive, well-balanced competitive environment in which young women develop skills to be successful in volleyball as well as life endeavors. Additionally, through wholesome, competitive volleyball experiences, the club will develop young women emotionally, physically and spiritually to meet the challenges of life.  It is of the utmost importance to provide personalized training to each athlete so they have the opportunities for more playing time among their respective school teams.  NASA will do everything possible to obtain the maximum exposure to collegiate-level coaches to help our student athletes continue their volleyball careers as well as their education.  The primary mission of NASA is to have a positive influence in the life of all of our players.
What are the age groups for NASA Volleyball?
The definite age groups for our travel teams are 12U through 18U. NASA often offers a limited schedule for our 11U age group for those players who have gone through our NASA Academy.
Our NASA Academy is targeted at those brand new to volleyball and the ages of 9-11yo. It teaches the skills of volleyball, some rules, and advances overall coordination.
When is the season?
Tryouts are in Oct/Nov each year for the upcoming season. The actual practice season will run from Dec-April/May with some older teams continuing into June.
NASA Academy runs in Aug-Sept for the Fall Season. There may be Spring Seasons depending on interest.
Does everyone who tries out make a team?
NASA offers a variety of team levels in order to place the highest number of players; however, not everyone is placed on a team for two reasons.  First, not everyone is ready for the competition level that club volleyball provides.  Secondly, the Alabama High School Athletic Association limits the number of players from a specific high school team from playing together.  In those cases, we try to offer those players a position on the other NASA team in that age group.
What should I expect at tryouts?
Tryouts consist of skill testing and game play situations. Coaches will evaluate each athlete on her ability to complete individual and team skills, acceptance of instruction, effort and attitude.  Each age group tryout will be different based on abilities of that age group.  Tryouts are fast paced, so players should bring water or a sports drink with them.  Players should also eat a light snack or meal prior to tryouts with enough time to digest and give the required energy needed.  Parents are welcomed to watch tryouts.
Where are practice locations?
You can see all practice locations for Huntsville and Birmingham teams under the Resources tab on our website or you can click the link below:
https://www.nasavolleyball.com/page/show/2177862-facilities
What should I expect at practices?
NASA takes great pride in the quality of our coaching staff.  We train and mentor our coaches to be organized and develop well-planned and fast-paced practices. Feedback is given—both positive and constructive criticism.  Constructive criticism may be a new thing to either the player or parent—but it is only through this feedback that players learn what they need to change.
What are the AHSAA rules regarding club volleyball?

These rules can be found in the AHSAA 2020 handbook.

Clarification on AHSAA 50% rules:
Rule that pertains to coaches coaching their own HS athletes AT their HS during the off-season, this is the Note that removes the 50% limit from last year and removes 2 hours per individual and states it is now 2 hours per sport:
Article XII, Rule 3-Contests Section 15-Coaching outside the school year.
Note: AHSAA coaches from the school’s staff may hold organized instructions outside of the sports season during the school year a maximum of 10 weeks of the off-season with a maximum of 2 hours per week per sport. Anytime a coach works sports specific skills with an athlete, that time counts toward the 2-hour team total for that sport that week.

What NASA and other sports clubs have to follow:
Article XII, Rule 1-Eligibility, Section 6, (B)  FIFTY PERCENT RULE: Participation (includes practice) during the school year on a non-school team outside the school season by students that will play the following season on the same high school varsity or junior varsity/B-team (grades 7-12) is limited to 50 percent of the number of players required to play the game (i.e., three in basketball, six in soccer, five in baseball, etc.).

I think club volleyball is for us, what do I do now?
Check the website for upcoming clinics and for the annual Parent Information Meeting and Tryout registration.